Our moving truck pulled into our new Colorado address on January 2nd, 2014. The next day it all began: Demo. The house we purchased was built in 1955 and below are the features (or lack there of) of our new address: 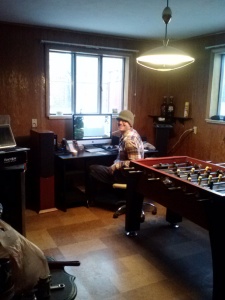 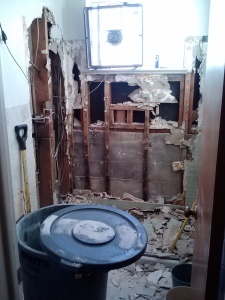 And those were just the major issues. This was what we had signed up for though – what we had planned on getting into out here. Buy a house with good bones, in a good location, fix it up and sell it. Then begin again.  We would do the work (Mike mostly, but I can do the grunt work when needed) and live in it to save money. What an adventure! 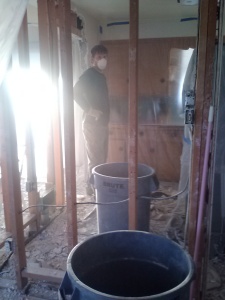 So, for the past three months, that’s what we have done.  Ripped out  bathrooms, kitchens, sinks, toilets, walls, ripped out plaster, wire, load baring walls,  raised the ceiling over a foot,  torn out windows, doors, electric, put in insulation, new plumbing,  dry wall, a new kitchen, new bathroom, new paint…..and we’re not done yet! There’s been blood spilled (mostly Mikes, but I have my war wounds as well), sweat poured and dust….oh, good God is there dust! 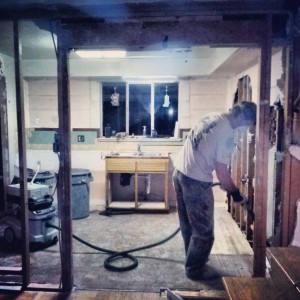 The dirty, dusty, can’t seem to get anything clean has been the hardest part. That and no kitchen. But more than sans kitchen, the dust. It clings to everything and I can’t get it off anything. The dogs track it into their beds, our beds, leaving dusty paw prints on our already dust-filled pants when they jump up to greet us. There is no escaping the dust that comes with living in a construction zone. 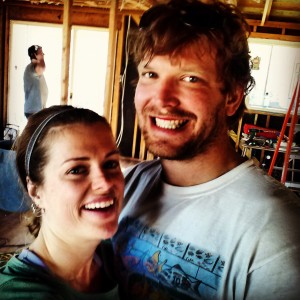 And through all of it, despite the dust and not having a kitchen (or kitchen sink), we’ve been unbelievably happy. Ok, there’s been some cursing too, but  how many people are living their dream? Something they set out to do, even though at first it seemed pretty scary, but still are doing it? Together. Hopefully a ton of people are living like this. Because, you’ll always have to deal with the dust of a situation, the doubt, the ‘can we, should we, do we have enough money, time, patience, courage?

Chasing the happy is better than relaxing in the complaisant though. Dust and all.

One thought on “Living In Demo – The Blood, Sweat and Dust” 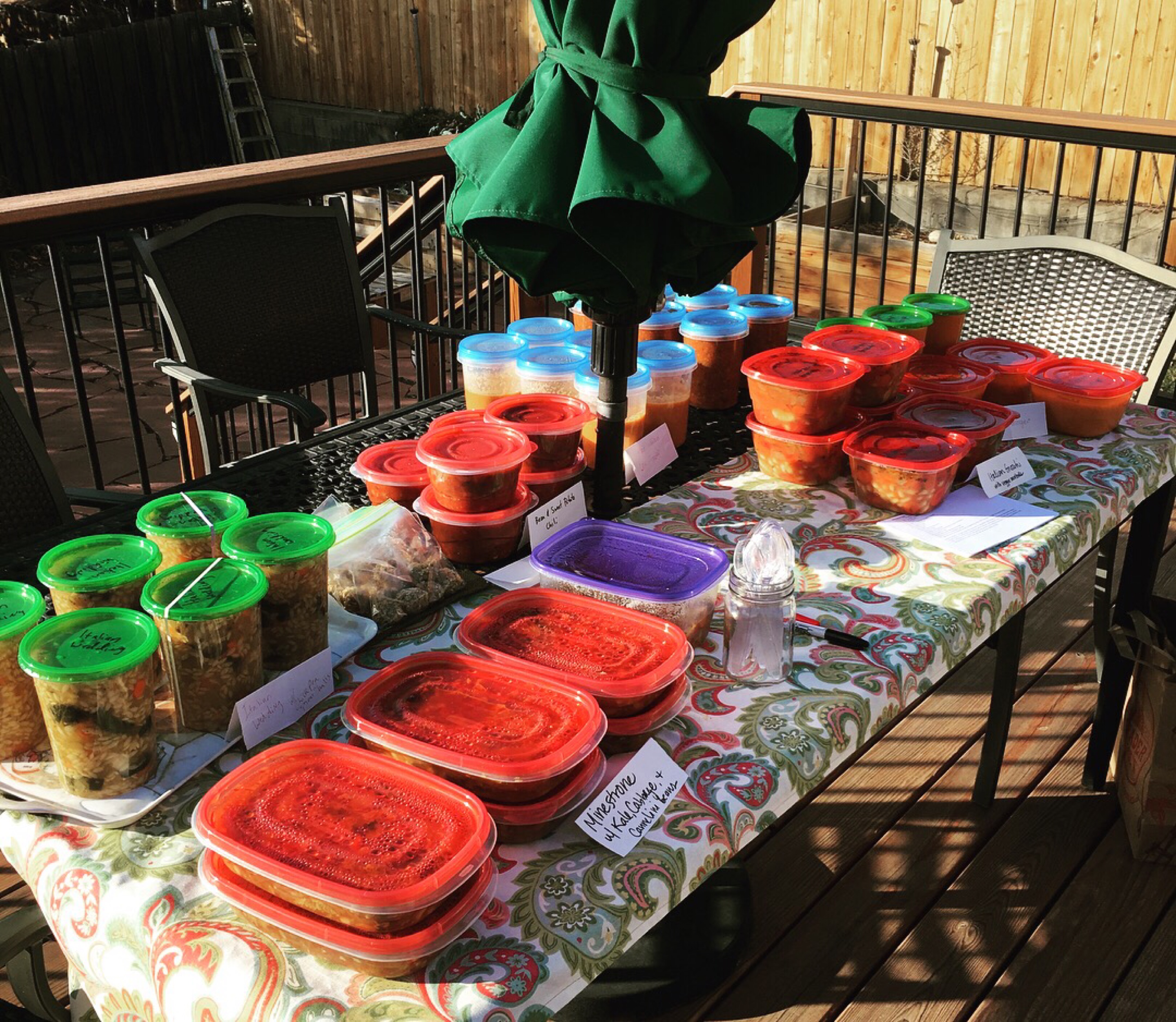