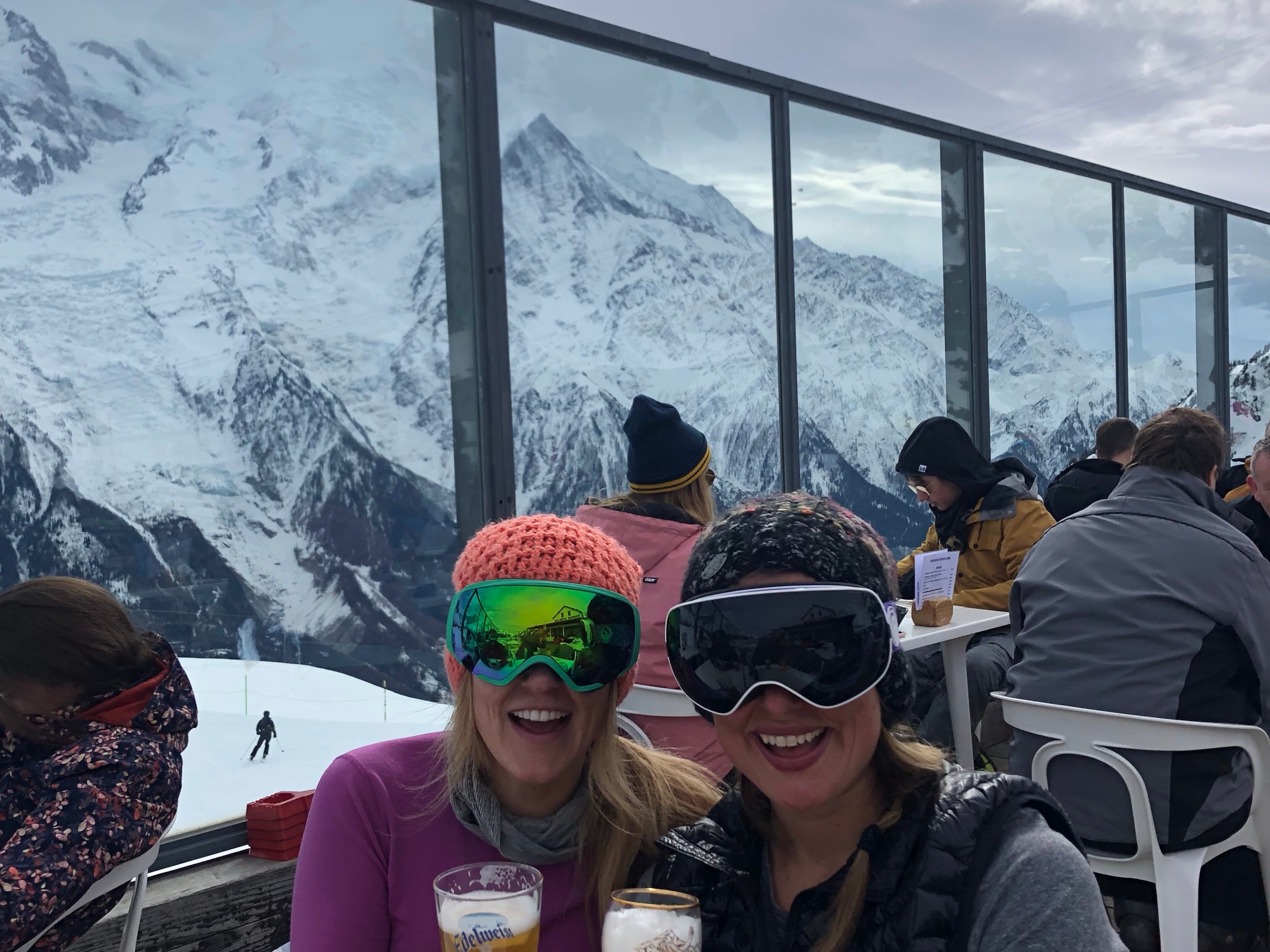 Sunny, mountain views, skis unzipped from their carrying cases. It was Wednesday, Day 5,  and we were ready to ski the French Alps! After yesterday’s travel day, a great nights’ sleep, and some delicious fried eggs made by Kristi, the gang was ready to ski. Our house in Chamonix was perfectly located near the SUD (the Bus depot) but the Gondola that would take us to Le Brevent didn’t seem to be very far, so we decided to walk up.

Well, dang, it was a lot further than we thought, with the last 500 feet pretty steep.

But, we made it and it was a nice little warmup! And warm it was – spring was in the valley and we wondered what conditions at the top would be like.

The gondola shot us straight up, past the dirt patched trails, up and over the top and we finally saw snow! 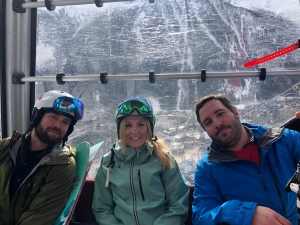 At the top of the gondola, the views were spectacular and the massive Mont Blanc could be seen as clear as day. Breathtaking! We had been doing our snow dances prior to the trip, but I have to say I was incredibly grateful for the bluebird day, which allowed for the mountain views.

The afternoon was spent exploring the mountain, avoiding the European Jerry skiers (they seem to Cover the whole mountain when turning, going from one side ALL the way over to the other, so can be quite challenging to pass on cat tracks!) and frolicking off-piste.

We found stashes all over, all though the conditions were a bit varied, so I played it safe and skied in an aggressive, deliberate stance. It was an absolutely amazing day. 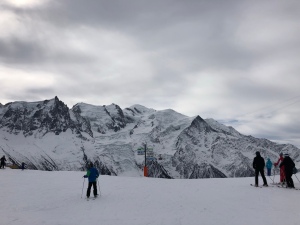 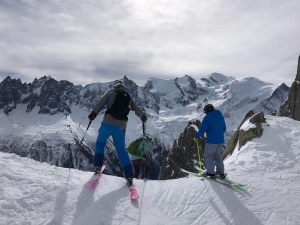 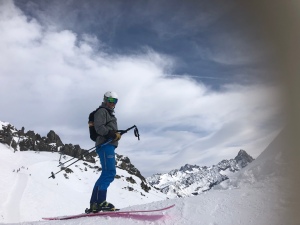 The mountains are extremely different in Europe, with limited boundaries, ski patrol or signs telling you where you shouldn’t be going. The resort Le Brevent had all kinds of skiers on the mountain as well – from beginners to extremists and most runs had a few of each on them. Except for the off-piste runs, where only a few brave souls would follow the ‘off-the-beaten path’ to ski the goods. These proved to be some of the best runs.

After several hours, we all agreed it was time to refresh ourselves with some lunch and beverages. Kieran left to go meet Kristi in town and Dusty, Mike, Holly and I headed to the coolest lunch spot I’ve ever been to at a mountain resort. 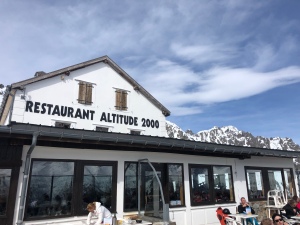 Le Panoramic had breathtaking views of Mont Blanc and we were happy to enjoy Apres with the views. 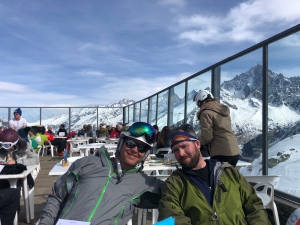 The day had been delicious and we decided to head down to the village to meet our group. Two other good friends, Zach and Tim, would be arriving in Chamonix, completing the Chamonix gang. We dropped our skis back at the chalet and headed to our second Apres of the day. But first, Mike stopped at a local boot shop, Sole, to get an assessment on his current set up, which was giving him quite a bit of discomfort. A London bloke hooked him up and told him to pick the boots up in 30 minutes. Gotta love a ski town!

Through the glorious town, we wandered to meet the new crew, and the night unfolded beautifully!

Dinner and fondue at La Moraine, a quaint French restaurant with warm ambiance and delicious cheese! 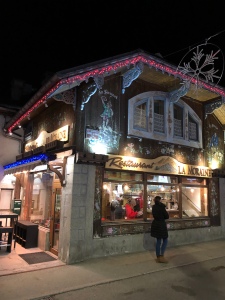 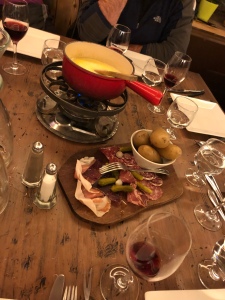 The night continued with sexy drinks at Le Cave, a nightclub under a beautiful restaurant with pulsating music and a groovy vibe. Chamonix did not disappoint us! 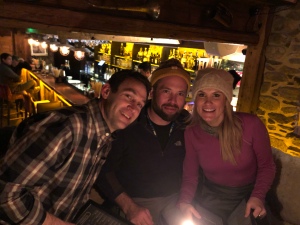 2 thoughts on “Adventures in France: Day Cinq in Le Brevent” 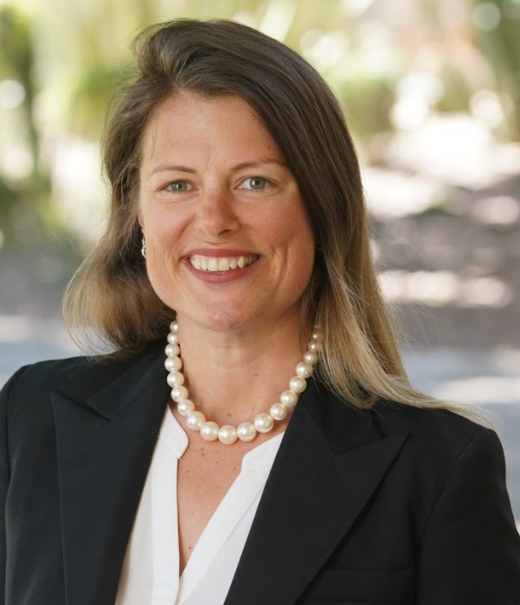